– Hey guys, James again with TFB TV, and I'm a very lucky man to
have these two ladies in my life I've got an H&K MP5, and a SIG-MPX, and today I'm doing a
follow-up video to the Top Five reasons the MPX is better, video. Today we're talking about
the top five reasons the H&K MP5 is better.

Now in my opinion I think the
H&K MP5 is the crowd favorite. I mean, look at that silhouette. It's iconic. It's a beautiful gun. It's well engineered,
well-made, and proven. So, there's definitely a
few things that the old MP5 does better than the newer MPX. Now, I'm gonna start with
kind of a low impact plus of the H&K MP5, and
that is collectibility. There is a lot of fun to be had just by owning an H&K MP5. Finding the parts, scrounging them up, selling your parts, trading
parts with other people. These guns are steeped in history. They've been made in many
countries across many continents. You've got, of course, the
original German H&K MP5's. You've got the MKE, the Turkish guns. You've got POF, the Pakistani
Ordinance Factory guns. You've even got some Greek MP5's, so it kinda makes things fun. So, this gun started it's life out as a German H&K MP5 parts kit.

I purchased an MKE flat back in the day, probably around 10 years ago. Back when you couldn't get H&K flats, and the closest thing you
could get was an imported MKE Turkish Flat. So, I paid probably $400
or $450 for this flat, ten years ago. Now, on the back I've got a POF, or a Pakistani Ordinance
Factory collapsible stock. Now, even though I've
got a German parts kit, a Turkish receiver, a
Pakistani butt stock, this is still an all H&K gun. It was all made on H&K tooling.

Again, that's what makes
the MP5 so awesome. It's steeped in history. It's fun to collect things from. It's fun to find parts. It's fun to barter for parts, and you don't have that with the MPX. Which is right now, kind
of, a soul-less tool as opposed to the MP5, which is not only a very funtional tool but it's full of history,
and full of tradition. Related to that, parts availability. Now, I don't know how
many H&K MP5 they've made since the 60s, but I'm willing to bet it's around a buttload.

You go to Europe, what do the cops carry if they've got a sub-gun? H&K MP5. You go to Mexico, I was
just in Mexico City, these guys had some brand new H&K MP5s, and some of the police
there had some of the oldest beat up H&K MP5s,
probably some of the first ones to roll off the line. Finish completely taken off of them. So, the point is there are a
lot of these guns out there.

They've been made for a long time so it's easy to find parts for. Now, for the MPX if you wanna get parts, where do you go? Well, you have to go to SIG but that said, if SIG decided to shut down the MPX tomorrow you'd be out of luck because they've only been making it for a couple of years now. Now, compare that to the
MP5, which has a deep pool of guns out there to draw from. Now, for number three, I'm going to call it the H&K trademarks. You've got some features that are unique to the H&K Roller Locking guns, and in particular the H&K MP5. For example, you have the tri-lug adapter on the muzzle-end of the gun, and in my opinion this is one of the best, if not the best way to affix and remove a muzzle device. 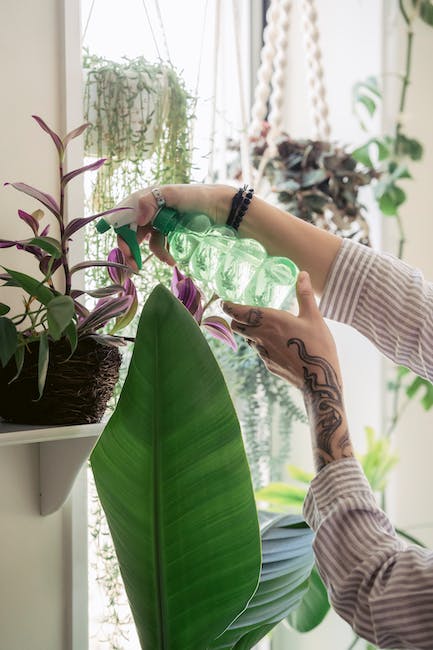 You've got the H&K Diopter Sights, these are circle-within-a-circle
sights, with four settings and in my opinion they're some
of the best sights out there. Using concentric circles has been found to scientifically be more intuitive, and to decrease target acquisition time versus standard post-and-peep sights. Some of you out there
may know that the H&K MP5 and also the P7 pistol
have fluted chambers that are supposed to assist in extraction. You've also got the H&K charging handle. Who doesn't love a nice H&K
slap every now and then? It's a robust charging handle. A lot of people like charging
on the left side of the gun. Many people, myself included,
think it's superior to the T-Charging Handle on the AR-15, or if you're a right-handed shooter, having to go over or under in order to charge, like
the AK-47, for example. Then, you also have
the Paddle Mag Release, a very convenient way of
releasing your magazine, and cool as hell. Finally the H&K clips
and loops for the sling, for slinging up the MP5.

It feels like it's just wrong, if you aren't using H&K clips. Now, these H&K clips have
actually gone mainstream. You'll see them on a lot of people's AR-15 Rifles and Slings. The MP5 is also (MP5 rounds hitting metal)
more shootable. That, in my opinion, is a big advantage that it has over the MPX, but it's kind of a two-way street. The MPX is about a pound lighter than the mostly steel MP5. But, the MP5's weight
and the factory trigger much better than the MPX
trigger, a lot smoother. You're really getting
a more shootable gun. Especially, when you pair that with either a red dot sight. This is a C-More, or those concentric circles. So, that said I guess if I was gonna shoot a match with one
out-of-the-box stock, or if I was gonna shoot
one fully automatic, which I have.

I've shot the MP5 in several
occasions fully automatic. Imminently controllable. So, it's a very shootable gun. It's much more shootable, in my opinion, than an out-of-the-box MPX. Finally the number one reason the H&K MP5 is better than the SIG MPX is perhaps the most obvious,
and the strongest reason and that is because it is a proven design. This gun came about in the 60s. The operating system was borrowed from the H&K G3, which had been
around since the 50s.

So, ze German's already knew that it was going to work
right out of the gate. In fact, the German government always faithful to H&K, adopted the MP5 only two years later, for use by the German Federal Police, The Border Guard, and the Military. The MP5 was somewhat obscure
for the next 15 years, and then you know what happens next Operation Nimrod, 1980, the British SAS, stormed the
Iranian Embassy in London and the SAS commando's
got posterized with some very choice photographs that would make Chuck Norris cream his pants. And they're all cradling the H&K MP5. After that, boom! Instant success. Every SWAT team in
America wanted an H&K MP5. Even the SEALS and DELTA FORCE wanted some of that sweet German steel. As I mentioned, earlier in the video it started being produced under contract in Greece, Turkey, Mexico,
France, Switzerland by B&T, Great Britain, and Iran even.

50 years later the H&K MP5
is still being produced, and still being used by Military and Police Forces around the globe. In fact, the MP5 isn't
necessarily declining because of obsolescence but
really it's more because the short-barreled rifle-caliber carbine like the M4, the MK-18 etc. Those types of platforms are
becoming much more popular and now a lot of end users believe that shooting an intermediate rifle caliber out of a very small platform, like a PDW sized gun or an SMG sized gun, far surpasses the usefulness of the pistol caliber personal defense
weapon or sub-machine gun. So, the H&K MP5 versus
the M4 might have to wait for another video but for
purposes of today's video the MP5 versus the MPX, there's no question that the MP5 is one of the most proven designs
still in common use today. At least as far as sub-machine guns go. Anyways guys, I hope you enjoyed part 2 of the MPX versus the MP5.

And stay tuned for part three. Five reasons why the MP5
and the MPX both kinda suck. As usual, thank you to our
sponsors, Ventura Munitions and if you guys are looking
for some pretty cool SMGs, be sure to check out proxybid. Thank you guys, so much. Please, support us on our Patreon channel. We're getting skinned by YouTube. So, even a dollar a month helps. Check us out on Patreon. Guys, I'll check you out next week. Take care. (smooth jazz music).